A MIDI Controller for Film Composition: Chris Hayzel on the Artiphon INSTRUMENT 1 [Interview] All around the world, songwriters, producers, and other digital creators are looking for ways to unlock their sounds and synths, and play them in a more expressive way. Take film composers for instance: they might have the greatest libraries of realistic string and horn samples, but triggering these virtual instruments in a performative and musical way often takes a backseat.

Because the INSTRUMENT 1 can be played with different playing techniques and held in different positions, Artiphon offers a unique opportunity to play these sounds like guitar, bass, violin, cello, and many other familiar instruments.

We were so meet Chris Hayzel, a film composer based here in Nashville, TN. When when we heard the music Chris was creating with his INSTRUMENT 1, we simply had to capture the magic on camera and show it off.

Chris has composed for the Emmy Award-Winning “Hawaiian: The Legend Of Eddie Aikau” (ESPN),“Rising Tides” which won best documentary at the Telly awards, and “The Dark Of Night,” Robin Wright’s film directorial debut.

Artiphon team member Adam McHeffey asked Chris few questions about this piece of music, and how INSTRUMENT 1 has become a part of his workflow.

Adam McHeffey: As a composer, can you talk about the importance of inspiration, and maybe where you get yours?

Chris Hayzel: Inspiration is our ability to take that which we observe and absorb from the world around us, digest the information, and synthesize it into art. In order to do that, I often have to go out into the world to find it, leaving myself open to take in as much information as I can. A traditional studio can make me feel tethered to the room I work in, so with the portability of the INSTRUMENT 1, I can get outside, do what I need to do, all without sacrificing my access to the technology.

AM: Can you tell us about the techniques you used on the INSTRUMENT 1 to create this piece?

CH: One of my favorite ways of playing the INSTRUMENT 1 is using the Tilt feature, which you'll see I use a lot. Normally, in order to make a MIDI orchestra breathe and move like a live orchestra I use the mod wheel on the MIDI keyboard, which is fine, but can feel so unnatural. With Tilt, I can use my whole body to feel the movement of the strings, making the experience so much more immersive.

AM: What sound libraries did you use, and what changed once you used the INSTRUMENT 1 as your controller?

Once I started using the INSTRUMENT 1, I started to feel more free, as if I were performing each of these sounds rather than just playing them “in the box.”  There's something about the way the INSTRUMENT 1 responds to my natural body movements that makes it feel less like a MIDI controller and more like an extension of me as a musician.

AM: My favorite moment is the two finger slide towards the end of the piece. Can you tell us how you came up with that part?

CH: I had seen something similar in one of Artiphon’s YouTube videos.  Once I learned a little more about MPE and the capabilities of a controller equipped with it I became excited to utilize it in a unique way.  It’s one of the main features that sets INSTRUMENT 1 apart from any other midi controller I’ve used. 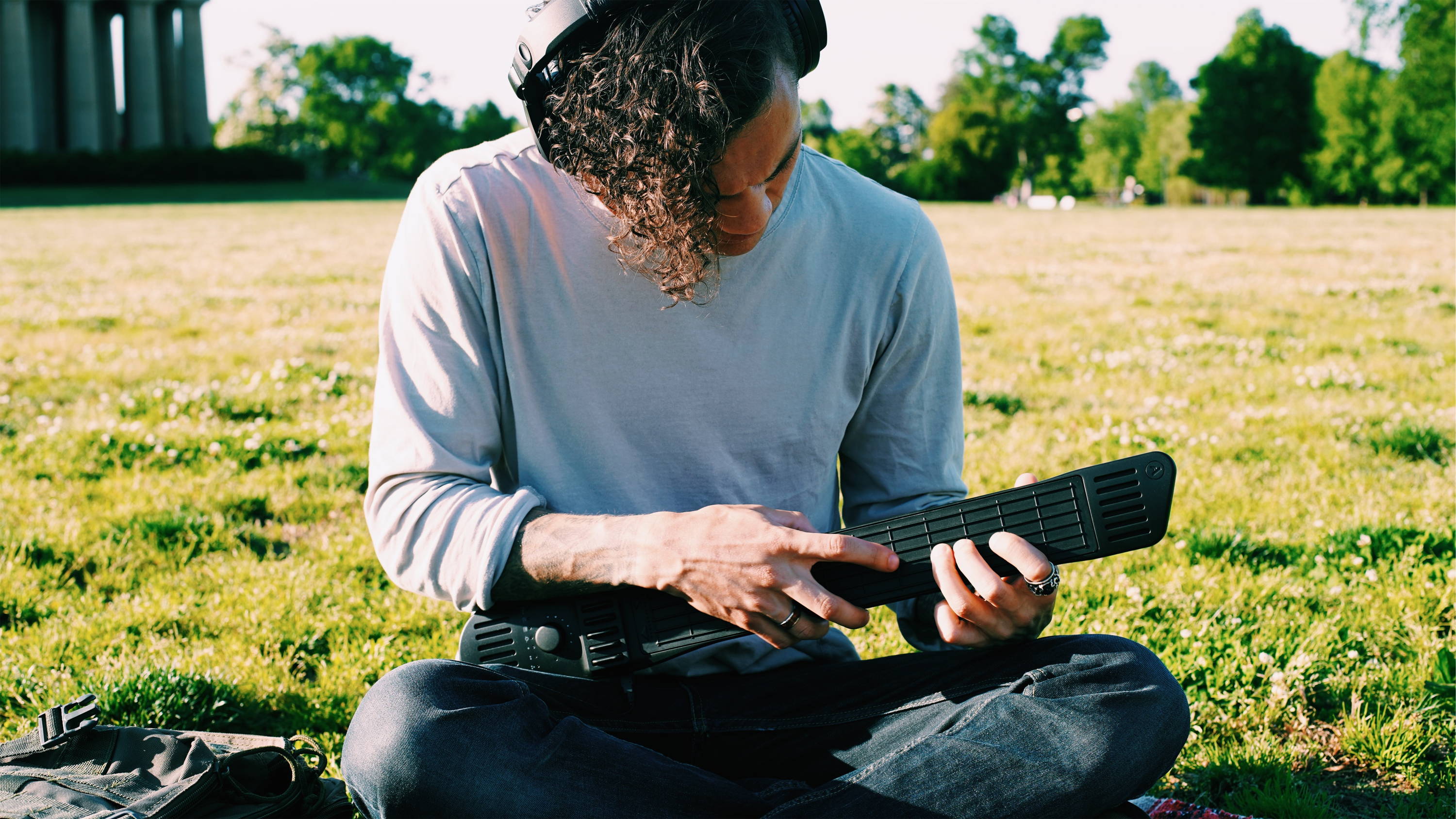